The Mope.io Mole is the fourth animal that has been upgraded in the Mope.io game and it is the equivalent of the sea horse and the seal. The mole has a number of passive abilities and moves 10 times faster on land than in water.

The Appearance of Mope.io Mole

The Mope.io Mole is a dark shade of grey, with a bright pink nose and slightly darker pink paws; on that note, they are also the first animal in the game to have paws. They are one of the smallest animals in the Mope.io game and they stay under the ground in the dark and come out to hunt for prey. It is always suggested that as Mope.io Mole you bite a larger animal when burrowing to skip mole If you upgrade donkey/zebra you can no longer go into small holes and you will have to run from whatever animal you bit. To solve this problem, evolve into an ocean animal and you’ll be fine.

If you don’t bite anyone and if you are being chased by a predator, go into a hiding hole next to, or near a hill and dig through the hill. The animal chasing you (Unless it’s a bear, gorilla, polar bear, or walrus) will most likely give up if you do this. Mope.io Mole is the first animal to be moved into the upgrade chain not to go up. This animal has also been moved the most in the upgrade chain. In the past updates, moles could bite each other’s tails like dragons. It is also the only animal that can burrow underneath the ground. 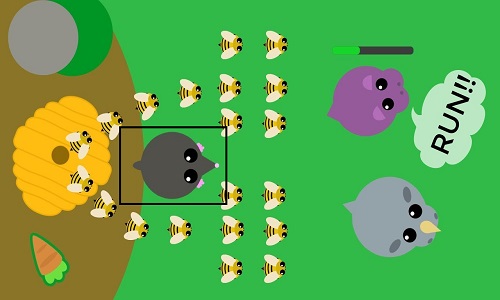 The Technical Specifications of Mopeio Mole

The Mope.io Mole can upgrade from the pig, crab of penguin at 450 XP to the deer, squid, or reindeer at 1K XP. It can eat a number of products like berries, plankton, mushrooms, blackberry, Seaweed, mouse, rabbit, pig, and ocean, and arctic equivalent animals. Moles can hold right-click or W on mobile you hold the little button and move underground to surprise other animals and eat them.

Four brown dots would appear underground which is similar to four blue dots when diving in lakes and the oceans. This is the Mope.io Mole and its various characteristics and you need to follow the rules in order to be the Mope.io Mole. The special abilities of the mole include burrowing and digging and it moves 10% faster in land than in water as well. If you want to learn more about Mope.io animal character information, you should check out the Mopeio animals list. 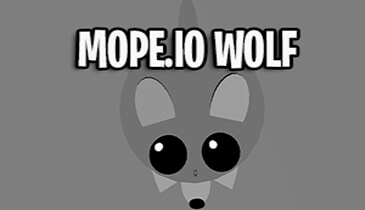 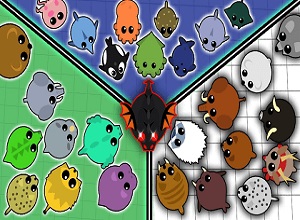